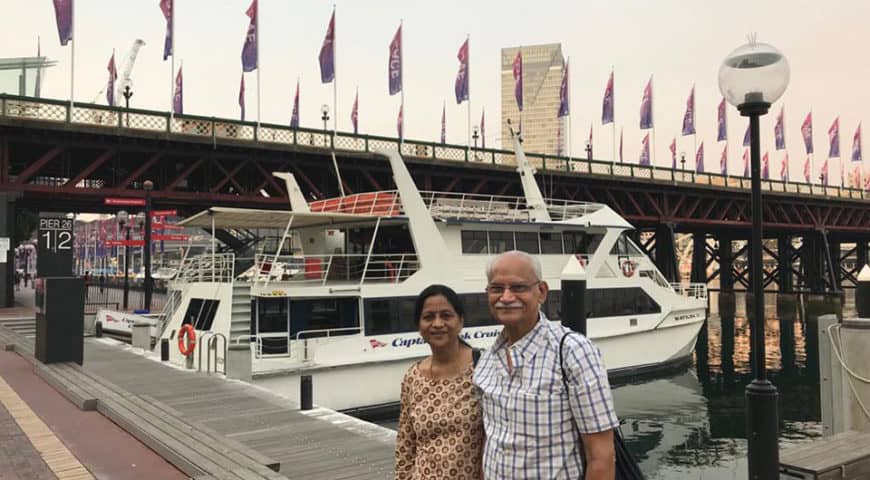 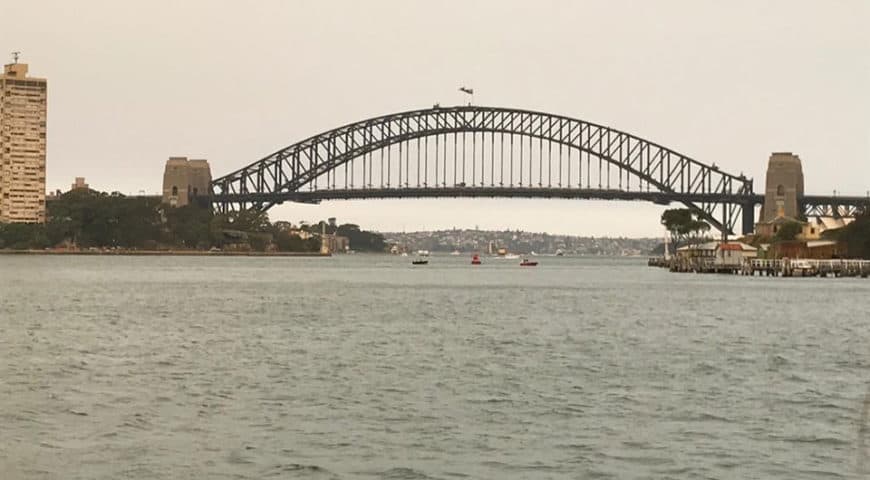 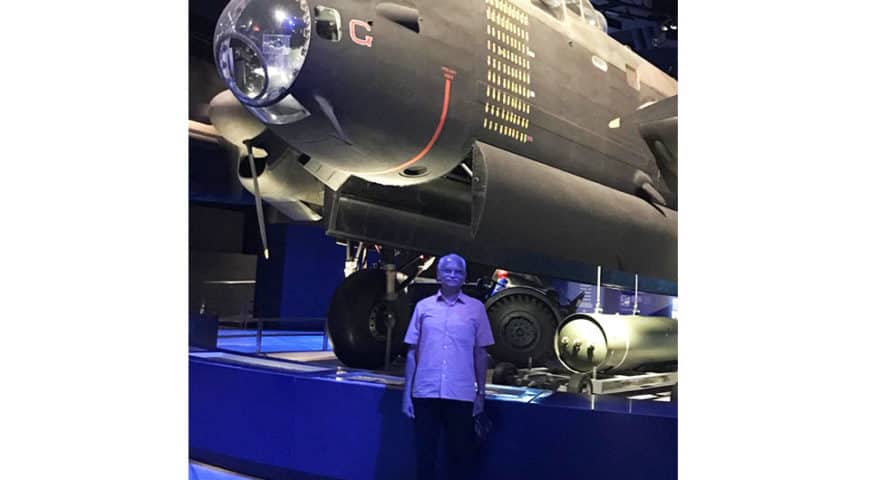 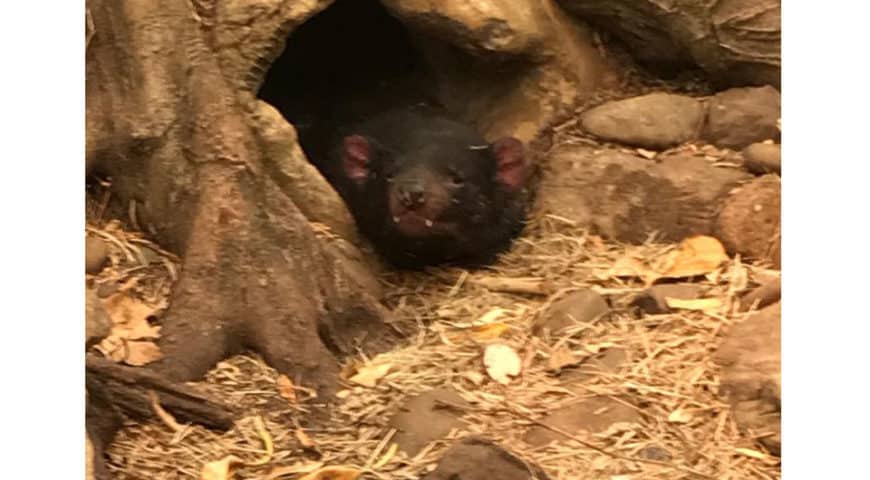 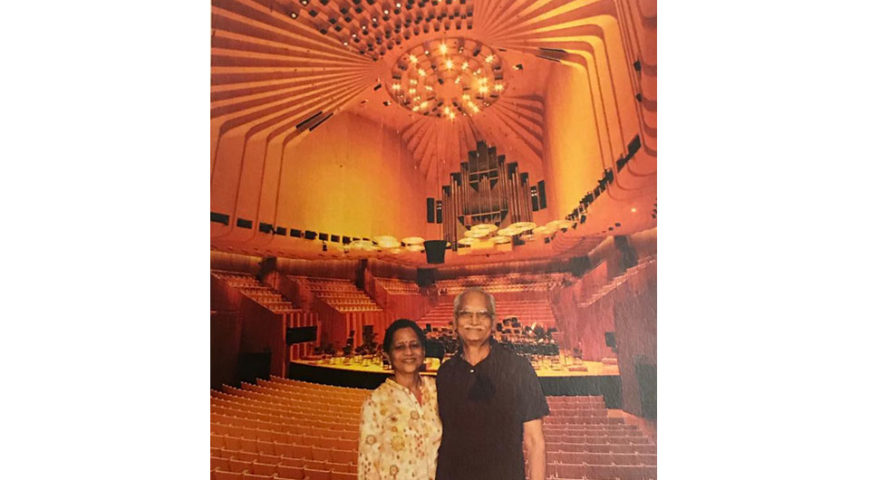 Just two weeks before our scheduled departure to New Zealand where our children from USA were to join us for an extended holiday, it was decided that we two should utilize this opportunity to get a feel of Australia en route. As our daughter was focusing on NZ BestMixer itinerary she said to plan our Australia one with our trusted agent and friend Springbok Holidays. Springbok suggested a 4N 3D stop at Sydney. They gave us three options to pick our hotel. We of course opted for the least expensive Travelodge. As usual Springbok gave us a well planned and thoroughly organized itinerary.

We arrived at Sydney Airport around 9 PM and were met by the pre-arranged Chauffeur at the arrival hall. It was an hour’s drive from the airport to Travelodge, Sydney. Throughout we were entertained by that Brazilian Australian, a fan of classical music who lamented his teenage son’s passion for rock music. He was a connoisseur of Indian music and dance and is planning to visit our “charming” Country one day. Looks like people (their thinking and their problems) are one and the same in spite of their differences in language, colour, names and forms. “Adwaitham” in spite of dualism.

Travelodge – (Travel Tip – no porters to carry your luggage to the room, hence no worries about tipping) – is a comfortable and conveniently located hotel. We had our dinner at a near by City Convenience store where the guy was from Hyderabad who was looking for a job after completing his IT studies. Later we were surprised to find that five other City Convenience stores where we shopped during our stay at Sydney were managed by enterprising lads from Hyderabad looking for jobs after completing their IT studies!!! Probably the owners (not an Indian – we checked) identified a cheap and intelligent labour force which suited those guys too.

First day – After an in-house breakfast, good spread, (Travel Tip – starts at 6.30 AM on weekdays but only at 8 AM on holidays, Saturdays and Sundays – a very labour friendly country) we started at 7.30 AM when we joined the “Blue Mountain National Park and Bonus Cruise” by Gray Line Coach – a Volvo type of air conditioned coach. (Travel Tip – no free water – you can buy a 500 ml bottle at A$ 2 from the Driver, which normally sells at A$ 4 at Convenience Stores. Also, no free bottled water in the room too, may be because the water from the tap is safe. Any way we didn’t risk it).

Blue Mountain National Park, we were told, is the world’s second biggest Wild Life Park. There we experienced a roller-coaster like ride in the steepest incline Railway in the world, down to a lush and hidden valley below. The train glides between cliff tops 270 meters above ancient ravines and the rain forest canopy. We were not allowed to take the usual walk through the park because of the bush fire. As you know just two weeks after our departure the uncontrollable fire did irreparable damage to the flora and fauna of that beautiful county. We had a memorable visit to Featherdale Wildlife Park which has the world’s largest collection of over 1,700 Australian native birds and mammals. We had a tete-a-tete with many exotic animals. We were not aware that these existed. Hats off to the Scientists who have studied them, identified them and named them – like Wombats, Tasmanian Devils, Echidnas, Dingos, Wallabies and Pademelons!!! – besides those known to us like Penguins, Emus, Crocodiles, Koala Bears and Kangaroos. The return to the city was via a three hour relaxing cruise down the Parramatta River and Sydney Harbour, from where we ventured to take the train to get back the hotel. A Cab would have cost us A$ 30 but by train it was A$ 9, thanks to a friendly Black who gave us the tip and guided us to the right station.

Next day was a 5 hour journey by Gray Line Coach to Canberra, capital city of Australia. How Canberra came into existence is a fascinating story (shared by the driver who was constantly talking throughout the journey) but skipping the details is this short note out of concern for the readers. Throughout the tour we could see, smell and feel the impact of bush fire and were praying for our safe return. Of course even at the beginning of the journey the driver has assured our safe return fire or no fire. We got down at lunch time and ordered the safe food for vegans – fries and Coffee – man it was really scrumptious and sumptuous. The two of us just managed to finish it within the allotted time of 30 minutes. The guided tour of the War Memorial dedicated to the participants of two world wars, the army known as ANZAC and the newly built Parliament House at a cost of close to one billion A$. The tours were really interesting and fascinating contrary to what we thought about them. By now we have become experts to get back to our hotel by train from the drop point.

Third day was the local Sydney Tour (like any other City Tours) and the grand finale was a visit to the world famous Sydney Opera House which is described as a HOUSE OF PASSION, DRAMA and BETRAYAL. Built more than 60 years ago, by Jorn Utzon an Architect from USA, it is considered one of the greatest buildings of all time. You will discover why Utzon was more than an architect – he was an architect of change. And how, against a landslide of political and public criticism, he created the youngest building ever listed as a world heritage. Visit to the Opera Hose was well worth a visit to Australia.

Thus ended our memorable and albeit unexpected sojourn in Australia.